The story behind the picture...

...we're sitting in the Whisky Bar at the Sunset Marquis, LA.
It's a warm Saturday night.
As I'm chatting to Andrea, our HSBC client, an arm reaches across from an adjacent booth holding a large gin 'n tonic.
A bizarre mid-Atlantic Brummie voice says 'Ere, you want this?'
I look up and see a wart. A large scary looking one with a bit of hair sticking out.
It looked strangely familiar. Aunt Elizabeth?
Hold it, there's only (other) person in the world with a wart like that.
It's Lemmy from Motorhead.
"It's Lemmy isn't it"
"Yeah that's right"
I take the drink in one hand and hold out the other:
"Toddy, nice to meet you"
"Hmph"
He turns back to his two female companions for the evening. Combined age 34ish.
Not being a massive Motorhead fan this doesn't have a huge effect on me.
However 30mins later the celeb sucker in me decides I should post it on Facebook.
But I need pictorial evidence.
I return and ask my trusty Account Director Hamish to stand ready with iPhone as I approach one of his young ladies.
"Could I have my photo taken with him?"
Presley, that is her name, replies "Of course honey, you come right over."
Lemmy leaves his seat next to Scarlett, the other half of 34ish, and we sit together.
He stretches his arm out, with a large central 'fuck you' middle digit raised firmly to camera. He's definitely done this before. So, when in Rome...
I copy his pose but don't appear so threatening in my confused wardrobe of speccy glasses, zip up Adidas top and IT bloke hair. 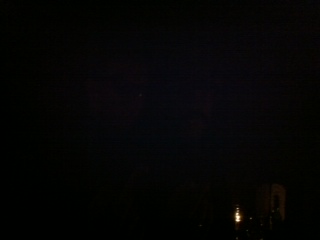 'Shit.' Hamish mutters under his breath.
Lemmy moves awkwardly in his seat and growls.
The beast from Stoke-on-Trent is not happy.
Me neither.
Sweat developing on speccy brow. 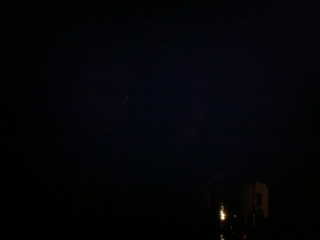 'Fuck. Shit. Sorry Toddy.'
Hamish now shaking slightly.
Lemmy with his Nazi cap looks like he's going to do something to me that Himmler would be proud of.
A small poop is developing in my pants. 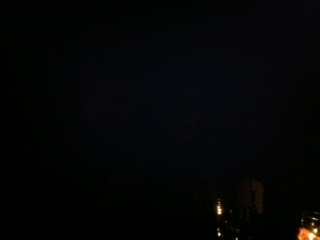 O God please make it end.
He's going to kill me. And then probably cut me up and eat me with Presley and Scarlett.
Worse still, Andrea is really laughing at us now. 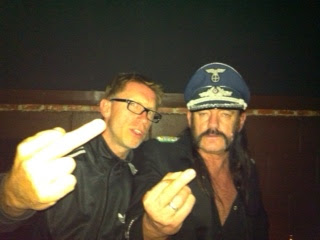 'Thanks Lemmy, really appreciate that."
"Hmph"
I post it.
And call him 'Lenny'.

The story of England's incredible triumph at Euro 2012 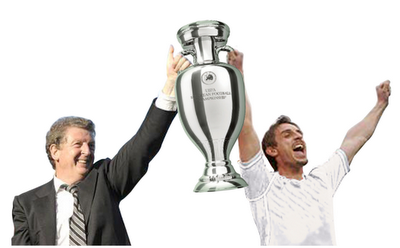 The story of England's incredible triumph at Euro 2012

Gary Neville, Captain, scorer, legend - a man not a month ago watching from the studio in his suit rather than in an England shirt holding aloft the Henri Delaunay trophy – was the man of the moment. Micah Richards and Leighton Baines broken metatarsals forcing Hodgson to find a replacement in the form of Neville, who thankfully was unwittingly still registered to play.

So up he stepped, the darling of Sky TV in the hour of need. 'Your country needs you Gawwrry' cried the redtops memorable front page. Up he stepped and the rest is history. 92 caps and one glorious scuffed shot from the 18 yards line that was enough to defeat the Poles.

"This beats them all," say 37-year-old Neville. "But don't count me out for Brazil 2014, although I’m not sure what the Polish builders will think of it - they're still doing my Eco house back home." Don't worry Gary; most people will paint your house for free now.

"I may be able to say my 'r's now" he joked at the jubilant press conference. Don't do that Roy, we love you the way you are.  It's rumoured he celebrated with a small vodka and a Polish biscuit, citing the team’s success on the book reading group he’d created to build teamwork and sway the lads from cards and twitter. But it wasn't quite like this three weeks ago after the drubbing by France. Dark days indeed.

'Wubbish!' 'Go in the name of Hodg!' And with Terry and Ferdinand languishing in the notorious Pavshino prison, after their brutal training ground bust up, the signs weren't good.

However, Grant Holt - unlikely hero number 2 and his 93rd minute 'bolt' against Sweden saved our skins and then Wellbeck's hat-trick heroics in the must win last game against Ukraine got England out of the group.

Then more madness against Italy with Holt’s brace before Germany in the Semi Final. Lampard's sweet free kick redemption for the denial of South Africa.

And what now for Rooney? Back home before the end of the group stages after his brothel disgrace with Helga Scmidt - a 63 year old Grandmutter.

However, such was the prolific partnership of Holt And Wellbeck he was hardly missed.

'Drag Him Away' National Centre for Domestic Violence (NCDV)

The NCDV wanted to talk about how an injunction can very quickly (within 24 hours) get an abuser
out of the home, allowing the victim to take back some control, without a constant threat in the house.

The injunction actually states the abuser must be 100m away from the victim. This was a really interesting fact – a real nugget – that was just begging to be used.

What’s more, a third party can help instigate the injunction by approaching the ncdv themselves. So that was the brief: distance + intervention. The next question. How?

We played with all sorts of ideas involving distance – from trying to corrupt Google Maps and Google Streetview to creating Adshels that recognise your face at 100m. None of them were quite right. Either too complicated to execute or too costly.

We very nearly ran it on a large interactive screen in a shopping centre where a passer-by could literally drag the man away by using a touch screen. It seemed like a great idea, until we realised the screen was only 8ft long. So in reality the 'nasty bastard', as we started to call him, would still be within a few feet of the poor woman, when he’d been dragged away. Not far enough for anyone’s liking. Plus the shopping centre owners were nervous about the whole tone of the piece and how it might upset their shoppers.

By this point Neil Morris from Grand Visual was involved, talking to various media owners, sourcing interactive screens that could host the idea and utilise Grand Visual’s Agentplatform, which enables mobile and digital out of home interaction. Enter JCDecaux and their large format e-motion screens in Euston Station. From there we quickly got to the idea of our man being moved across the screens after being ‘dragged away’ on a mobile screen in the concourse. 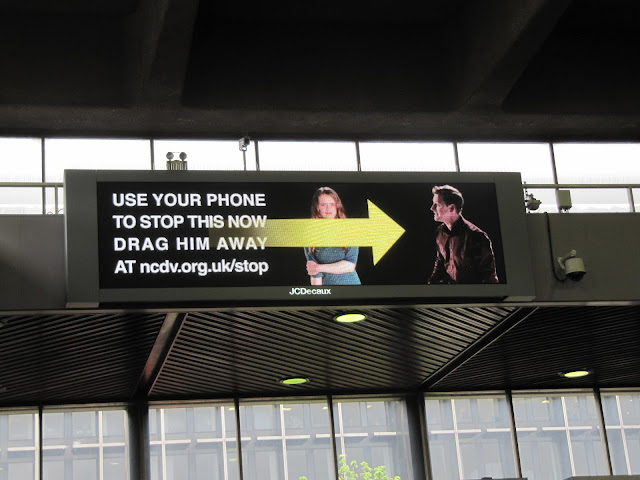 So the media was sorted.

But typically the director now wasn't. He'd just been confirmed on another job and couldn’t do it. Anthony Falco and Toby Clifton quickly stepped in and approached the BAFTA nominated Samuel Abrahams at Smuggler. With only a few days notice he sorted it – casting two very real characters who gave great performances. The male character really let fly. Which looks even more disturbing when it's mute.

A key factor in the execution of the work was how our man appears as he’s dragged away. We did several tests and found the optimum was to keep him doing the same action, but slowly take him away from her. At one point he was going to react to a cursor dragging him away but it felt a bit over the top and hammy - we didn’t want it to appear like a game, so had to be sensitive in his actions. We tried moving him at several speeds. Too fast and it looked comedy, too slow and you lose the impact of the line. 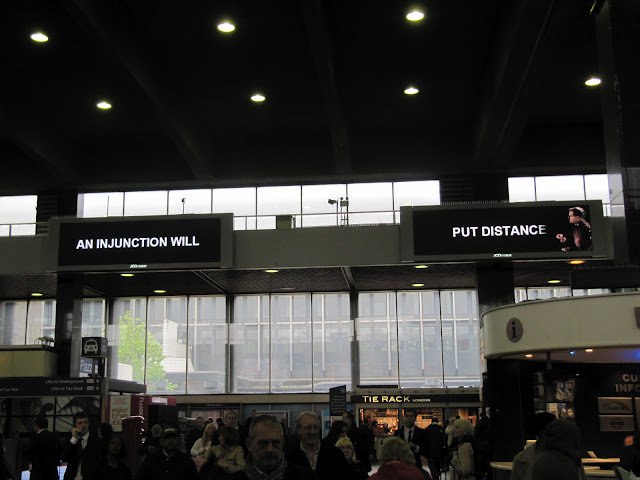 We really wanted the public to intervene. We thought it would feel quite empowering to physically get the Nasty Bastard away from her. You’d feel like you’d done something good on the way through the station, where the 30-minute dwell time was more than enough for people to become interested and interact with the work.

The way the work ended up is probably in its best format. In a large public space where people can feel empowered by intervening in the abuse by using their phone. We hope they’ll use their phones in the future, if they ever come across a real case of domestic abuse. 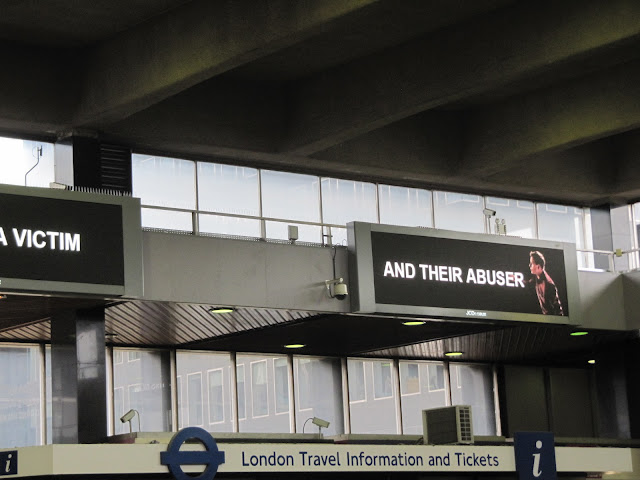 Technology has completely changed the landscape when it comes to sectors like print and poster. Ideas should and will always be king. But (as creatives) we need to be aware of new ever-changing technology and how we can use it to our advantage.

Ideally you want to be first to use the technology in the most creative manner possible. In the pre-digital era this idea would maybe have involved twin 48 sheets - adjacent poster sites - where the man is in one poster the woman in the other. An ok idea, but a bit static. 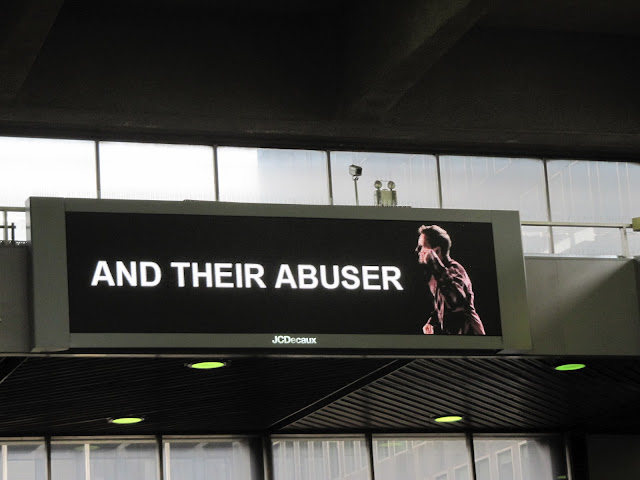 This version is more involving and dynamic. Technology has enriched the viewers experience by allowing them to participate and hopefully make the communication stronger and more memorable.

The impact that the mobile phone is having on interactive advertising is staggering. I bet this idea will be out of date before the year is out. 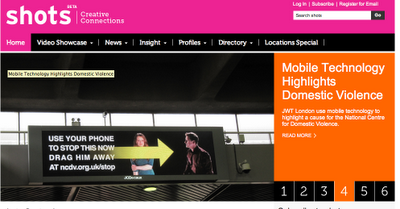 I'm a creative working in advertising. This blog is a few occasional thoughts I have on the industry. And other stuff going on in my life. Feel free to respond.